Skip to content
John Cameron speaks about the recording of the Frog single and other aspects of his career eloquently and modestly, frequently laughing at the hectic nature of it whilst recognising the weekend prior to this interview had been no different.  Conducting an orchestra at the Royal Albert Hall for Donovan on Friday night, attending a fiftieth birthday party on Saturday and a trip to Lords on Sunday all suggest he’s not going to be slowing down anytime soon.

A full orchestral score takes two or three weeks to write but Psychomania was probably about a week.  Alan Parker, Colin Green, Tony Carr, Harold McNair, Bill LeSage, Spike Heatley and Herbie Flowers were my regular team.  They were the ones I used on CCS records and on The Protectors score.  They were always my immediate ‘go to’ guys.

Cameron didn‘t realise that in three short sentences talking about the music of Psychomania he referenced his work as an orchestral composer, his hit-making rock band and a theme tune he had written for a popular TV series.  If this were his whole career it would be impressive enough, but it isn’t even half the story.

Coming down from his musical education at Cambridge in the sixties where he had been Vice-President of the famous Cambridge Footlights society he initially followed a jazz route with his own John Cameron Quartet releasing a highly regarded British jazz lp entitled Off Centre. This lead to arrangement work for other artists including Donovan for whom he produced and arranged the very successful Sunshine Superman lp.  Alongside this success he continued to work as a composer, arranger and producer on numerous less commercially successful psychedelic projects for groups like Picadilly Line (who went on to be Edwards Hand).  If I Ever Thought You’d Change Your Mind, a song originally written for Edwards Hand, was forwarded to Cilla Black by George Martin and as a result Cameron scored his first chart hit as a composer.

Before the decade drew to a close he was approached by Ken Loach to write a film score for the critically acclaimed film ‘Kes’ which fifty years later is still regarded as one of the finest British films ever made.  This opened the door to the world of composing soundtracks for film and television.  Cameron currently has over forty scores to his credit including an Oscar nomination for his original soundtrack for the film ‘A Touch Of Class.’ From 1970 to 1974 Cameron teamed up with Mickie Most and Alexis Korner and straddled the rock / pop divide with his band CCS who had big hit singles with Tap Turns on the Water and Whole Lotta Love .  The mid-to-late seventies proved to be just as successful for him in other genres too.  Embracing the orange, beige and brown groovy world of seventies disco culture whilst retaining credibility was no mean feat but Cameron managed it with aplomb in his arrangement work for pop chart regulars Hot Chocolate and Heatwave helping both bands to craft a commercial edge with strings firmly attached.  His working days during this period were just as fast as they were in the sixties and it was exactly the same for the session players who worked with him.

During the late sixties and early seventies, like Jimmy Page and God knows who else,  I went from one session to another constantly.  You would write an arrangement  and if it wasn’t an immediate hit or you  didn’t know it had been a hit you kind of just forgot about it.  It was all work and all very fast.

I even had a string section that used to ride motorbikes with their fiddles on their backs so they could get from one three hour session to another and then another so they could do three sessions in a day.  It was Pat Halling’s lot.  They were the guys who were on all the Heatwave and Hot Chocolate stuff.  They literally used to motorbike from one gig to another.  Pat Halling was like the string session guv’nor, the leading fiddle player of the time.  (Pat Halling lead the string section on The Beatles ‘All You Need Is Love.’)

Add to the above his parallel achievements in the sphere of musical theatre and it’s hard to find any genre in which Cameron hasn’t been active and successful in equal measure. He has been the musical producer for every production worldwide of Les Miserables from it’s inception in 1980 up to the present day.

I used a lot of things like Musser vibes put through phase units or I’d play inside the piano.  All that kind of  John Cage stuff.  Making instruments sound strange and then just treating them off the multi-track.  I was looking for different ways to distort, reverb and delay.  We didn’t have the services of Prophets, Moogs, ARP’s or any of that stuff.  We recorded it at Shepperton Studios when they were about to close the studio and there’s probably a lot more reverb on it than I would have chosen.

Funnily enough it ended up sounding slightly punky and probably more contemporary than if we had been able to keep it all limited and tight.

Spoke Records would like to thank John Cameron for this interview and David Wilkinson for his helpful assistance arranging it.

Psychomania has become an established cult movie with horror film fans the world over largely due to its bizarre storyline about a frog-worshipping cult and its effect on an alarmingly unconvincing gang of young leather-clad bikers.  Via the cult connection of their leader (Nicky Henson) they discover they they can return from death to be The Living Dead; zombies for eternity, providing they manage to kill themselves with sufficient conviction.

The whole script is littered with hilariously unhinged one-liners delivered  with deadpan sincerity by a mixed bag of novice and established British actors including a star turn from Beryl Reid as the clairvoyant who holds the key to the amphibious secret. One further layer of ‘you couldn’t make it up’ icing crudely trowelled onto the whole affair is the resonantly-vowelled voice of Shere Khan; the British actor George Sanders.

Presumably  drafted into the Psychomania proceedings to add sincerity and gravitas,  the decision misfired on all cylinders as he was already ill in real life and seemed as mystified by the frogs, motorbikes, occult and zombies plot as the rest of the cast.

A genuinely ‘so bad, it’s good’ B-movie on every level and well worth a look. 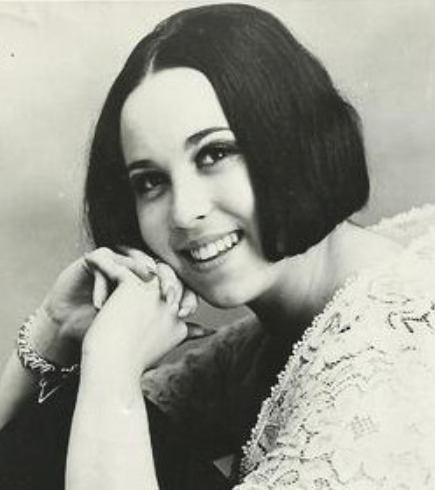